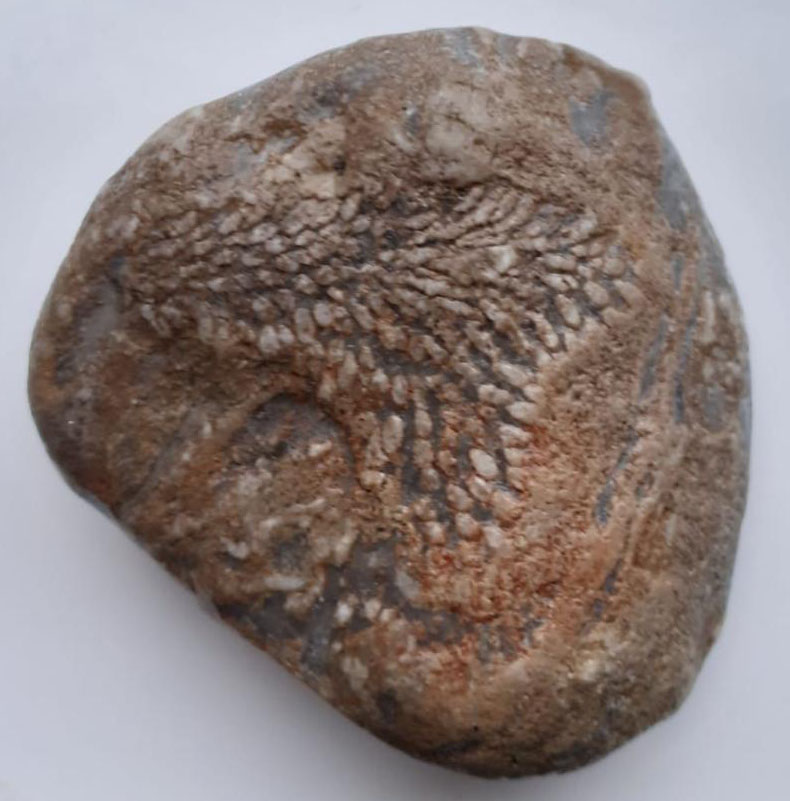 A pebble of Devonian limestone with a fossil of a colonial tabulate coral. It was found lying on the floor of Ash Hole 50 years before acquisition - about 1970 - and thought to have got there by natural sedimentary processes. The pebble has rounded edges as a result of erosion and measures 53 mm maximum length and 51 mm maximum width.

curator's notes
A note from guest curator Dr Chris Proctor:
The photo shows a pebble of Devonian limestone with a fossil of the colonial tabulate coral Thamnopora. This is one of the most common Devonian fossil corals and can be found in various locations around the bay, in Middle to early Upper Devonian limestones. It has almost certainly got into the cave by natural sedimentary processes. In terms of its having been found in Ash Hole, perhaps an interesting feature is that the stone is rounded suggesting it might be a beach pebble. However, I would not eliminate the possibility that this rounding is the result of erosion on the land surface.