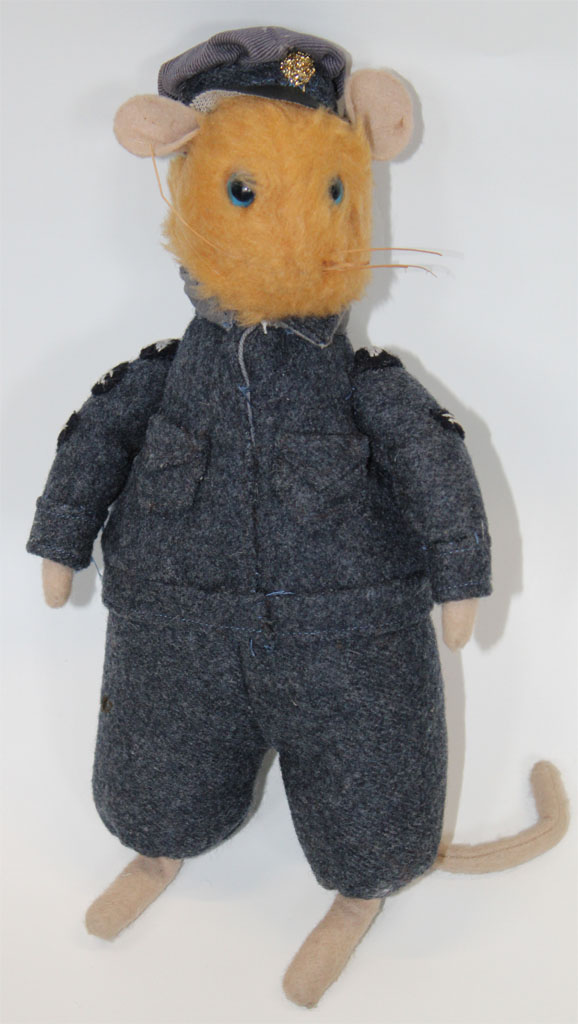 World War II doll named Radar Rat, dressed in the uniform of a corporal of the WRAF, the UK Women's Royal Air Force. The uniform appears to be hand-made rather than shop-bought. Reputed to have been taken as a good luck mascot on 30 air raids on Germany. Height 280 mm.

curator's notes
Brixham Heritage Museum documented Radar Rat as wearing the uniform of a corporal in the WRAF, the UK Women's Royal Air Force - although it is uncertain that the rank existed in the WRAF - but at least one other opinion exists: the Devon Museums website states that she is 'attired as a corporal in a WAAF (Women's Auxilliary Air Force) WW2 uniform'. More research needed.